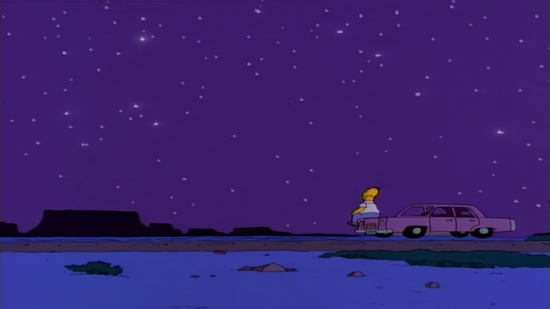 The Simpsons was so dynamic in its early years at pulling on the heart strings of its viewers, with the second season being a big example. To me, the quality of the show has lessened in its later seasons and with that so has its emotional content. Here I am listing 25 emotional moments from […]

Those who know me on a personal level, and even those from afar, will know of my continuous and ever-growing interest and expressiveness towards pop culture and entertainment media. It may look like I’m a big ol’ nerd and that is likely to be true. However, on the greater scale of things my interests over […]

Continue Reading "An Open Letter To Myself: Doubt & Pop Culture"

It has been four years since we had a game from the Paper Mario series, which was Paper Mario: Colour Splash on the Wii U. It was only a matter of time until the Switch would have its own game. Paper Mario: The Origami King once more showcases Nintendo’s undying creativity when it comes to incorporating alternative […]