The 21st of April marks the 25th anniversary of Father Ted’s first episode and to celebrate I thought I would rank all 25 episodes from worst to best. The beauty with this show however, like Fawlty Towers, it’s hard to really find any bad episodes at all. The real ranking here is based on enjoyment and laugh factor, and I too hope you will give this great 90’s comedy a watch as it is a personal favourite of mine.

The show first aired in 1995 and ran for three series, focusing on the lives of three priests and their housekeeper who lived in a parish household on a remote fictional island (Craggy Island) in Ireland. Father Ted was written by Graham Linehan and Arthur Mathews, directed by Declan Lowney and starred Dermot Morgan as the ever unfortunate ‘Father Ted Crilly’, Ardal O’Hanlon as the dimwitted ‘Father Dougal McGuire’, Frank Kelly as the alcoholic and beastly ‘Father Jack Hackett’ and Pauline McLynn as tea loving Mrs. Doyle.

Father Ted received multiple BAFTA awards and centered around foolish happenings, chaotic resolutions and continuous mockery of Catholicism and the church. It has received many critical acclaims from comics and journalists and has been considered one of the best British comedies.

Sadly the day after recording the final scene of the third series, Dermot Morgan who had previously undergone a medical for high blood pressure, suffered a heart attack at a dinner party and died later in hospital. It is his legacy that lives on within Father Ted as one of the greatest comics and performers in any TV show. 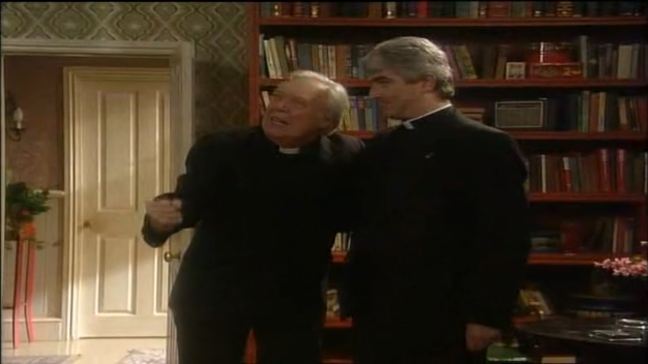 Like I previously stated, there are no bad episodes of Father so despite the fact this episode is at the bottom, it is by no means a bad one. The ending of the first season revolves around the death of Father Jack which Ted refuses to believe at first. Once Ted and Dougal find out they will be receiving a large sum of money in Father Jack’s will, they have to spend the night with him in a crypt. Things might not be what they seem however. Niamh Connolly (Clare Grogan) is a feminsit rockstar who Ted and Dougal see on the TV and she has some harsh words about the catholic church and men. Coincidentally, she is looking for a remote island to move to and has her eyes set of Craggy Island. Ted has to go and host the ‘Lovely Girls Festival ’96’ competition with remarks that might land him in hot water. Leaving Dougal in the house, he tells him to just be himself around women. Unfortunately, a famous rockstar might not be who Dougal is expecting at the door. Hilarity ensues when Dougal takes Ted’s advice too literally while talking to Connolly. It’s the first episode of the show and we get to know the characters and learn of their traits. A fair has come to Craggy Island so Dougal decides to take Father Jack. Ted finds out he has been asked to be interviewed for the TV show “Faith Of Our Fathers” and wants to keep it a secret from Dougal. Ted’s dream of being on TV might have to wait has the fair has a few slapstick moments awaiting him. 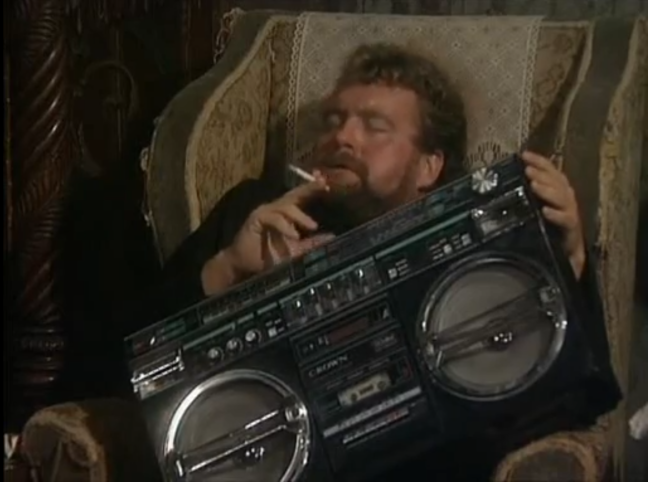 Father Jack has a serious case of hair overgrowth on his hands and has to be sent to St. Clabberts which he is not best pleased with. Ted and Dougal celebrate for the peace and quiet they will get whilst Jack is away, but their celebrations are cut short when they see Jack has been replaced by Father Fintan Stack (Brendan Grace). Stack is incredibly rude (worse than Jack) and plays jungle music out of his boombox until 3am. Ted and Dougal make it their aim to bring Jack back and get rid of Father Stack.

Father Ted and his rival Father Dick Byrne decide to enter a fancy dress competition which Ted has been unsuccessful at winning in previous years. Ted has decided this year to go as Elvis Presley, but to his dismay so have Dougal and Father Jack. Competition host, Henry Sellers (Niall Buggy) visits their parochial house and samples a spot of sherry. Ted is unaware of Sellers’ drinking problem as he wrecks the house and goes on the run. After retrieving the hungover Sellers, Ted has to decide how three Elvis’ are going to win the competition.

2 thoughts on “25 Years of Father Ted: The Episodes Ranked”